How to Store and Use Leeks

Leeks are part of the allium family, and are related to onions, garlic, and scallions. Leeks look
like oversized green onions, but they have a much milder flavor and a creamier texture when
cooked.
Leeks can be used raw in a salad but typically leeks are used cooked. They can be used in place
of onions in many dishes.
Typically just the white and light green part of the leek is used, but the dark green top can be
used to make homemade stocks.

Keep leeks in the fridge, loosely wrapped in a plastic bag.  They will keep for at least a
week. If the outer leave looks nasty, remove it before storing.

Trim of the roots and the ends of the dark tops. Remove the outer layer if needed.Place the leek on a cutting

board and cut in half lengthwise. Then cut the halves crosswise. Place all the little pieces into a bowl with cold water. Use your hands to dislodge any dirt. The dirt will sink to the bottom and you can scoop out the leeks. If your leeks are very dirty you might want to repeat this step. 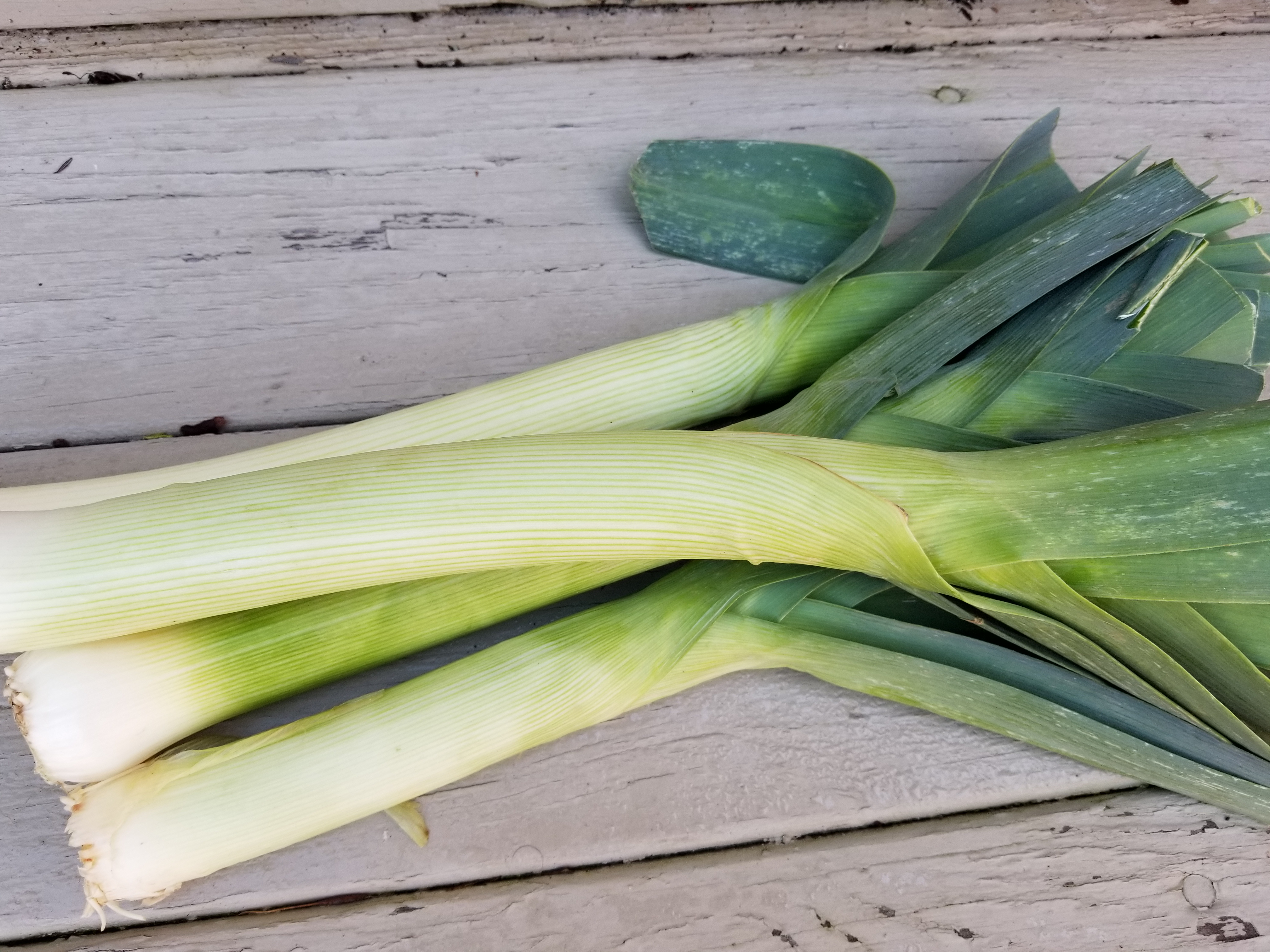 How to Store and Prep Leek